1. Structure of the cell

Structure of the cell

The cell is basic structural unit of eukaryotes. Its surface is covered by plasma membrane separating the cellular content from outer environment. This membrane creates barrier which controls substances that enter or leave the cell. It is composed of phospholipid bilayer with embedded cholesterol molecules, proteins and oligosaccharides. The hydrophobic fatty-acid chains face each other and their hydrophilic polar heads are oriented outside and form both surfaces of the membrane. Cell can be divided into two major compartments – the nucleus and the cytoplasm containing organelles.

The nucleus imitates the shape of cell but most often is rounded and its size varies in the range 5 to 10 µm diameter. It consists of nuclear envelope, chromatin, nucleolus and nucleoplasm.

Nuclear envelope is formed by two membranes surrounding nucleus. The inner membrane is proper nuclear membrane and the outer one is continuous with endoplasmic reticulum.

Nucleolus is round-shaped structure about 1 μm in diameter localized in protein-synthesizing cells.

Nucleoplasm fills the space between chromatin. It consists of proteins, various metabolites and ions.

Mitochondria are semiautonomous organelles which do not need cellular nucleus for their division. Mitochondria possess outer and inner mitochondrial membranes differing in many characteristics.

Ribosomes are granular organelles ensuring proteosynthesis. They are composed of small and large subunit dispersed in cytoplasm and after catching by mRNA (messenger RNA), these subunits merge together to form ribosome. After translation are these subunits divided again. Ribosomes can be found free in cytoplasm or attached to ribosomal membrane (forming rough endoplasmic reticulum). 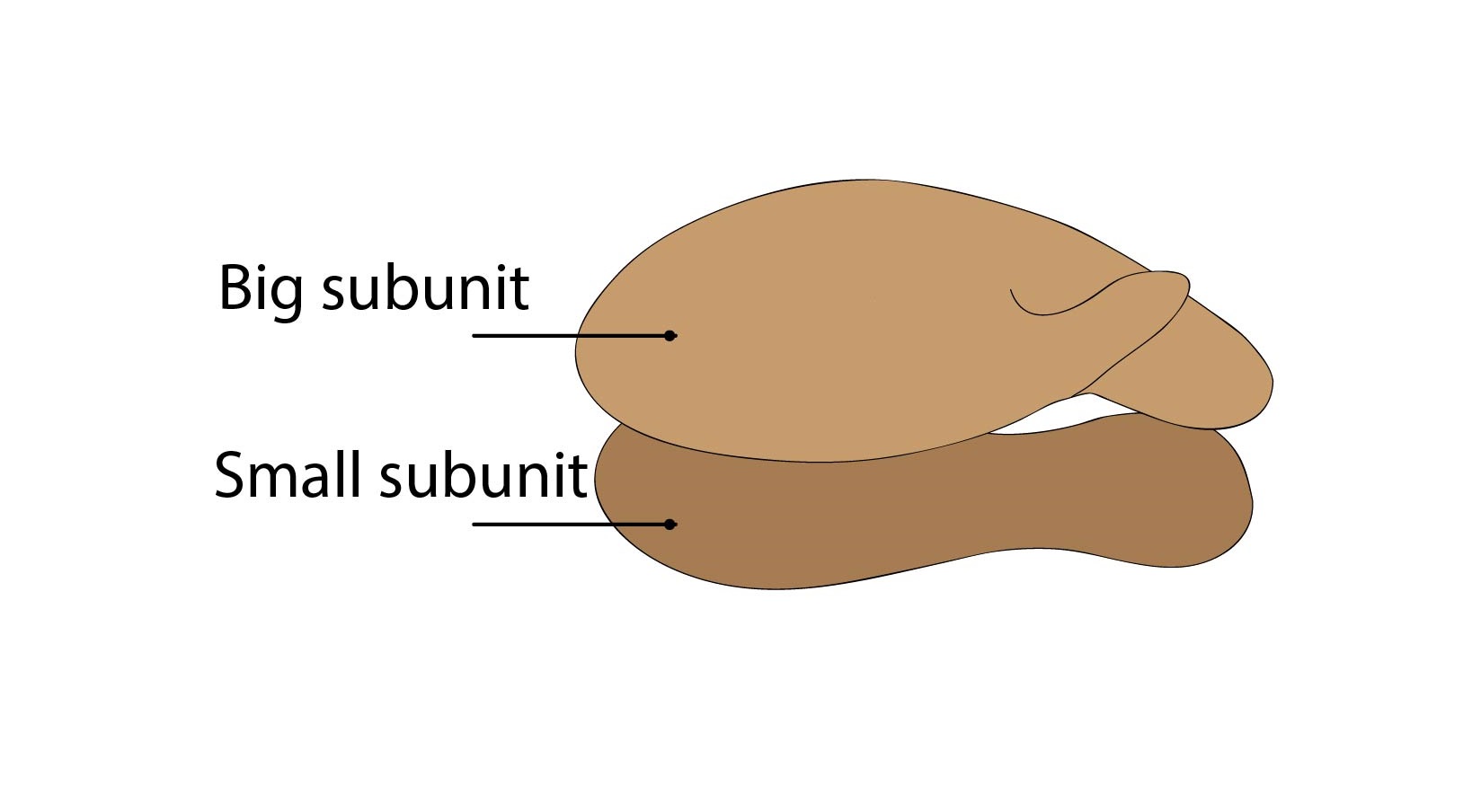 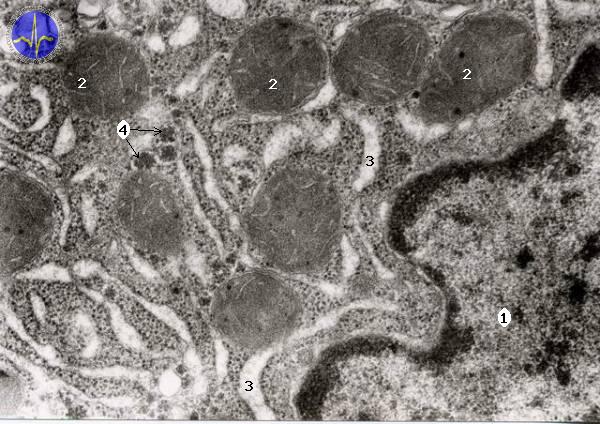 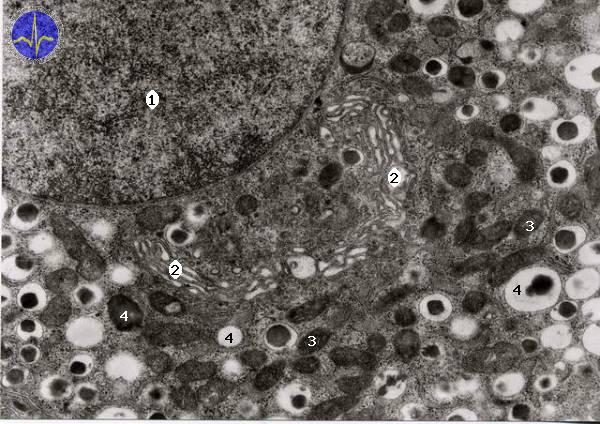 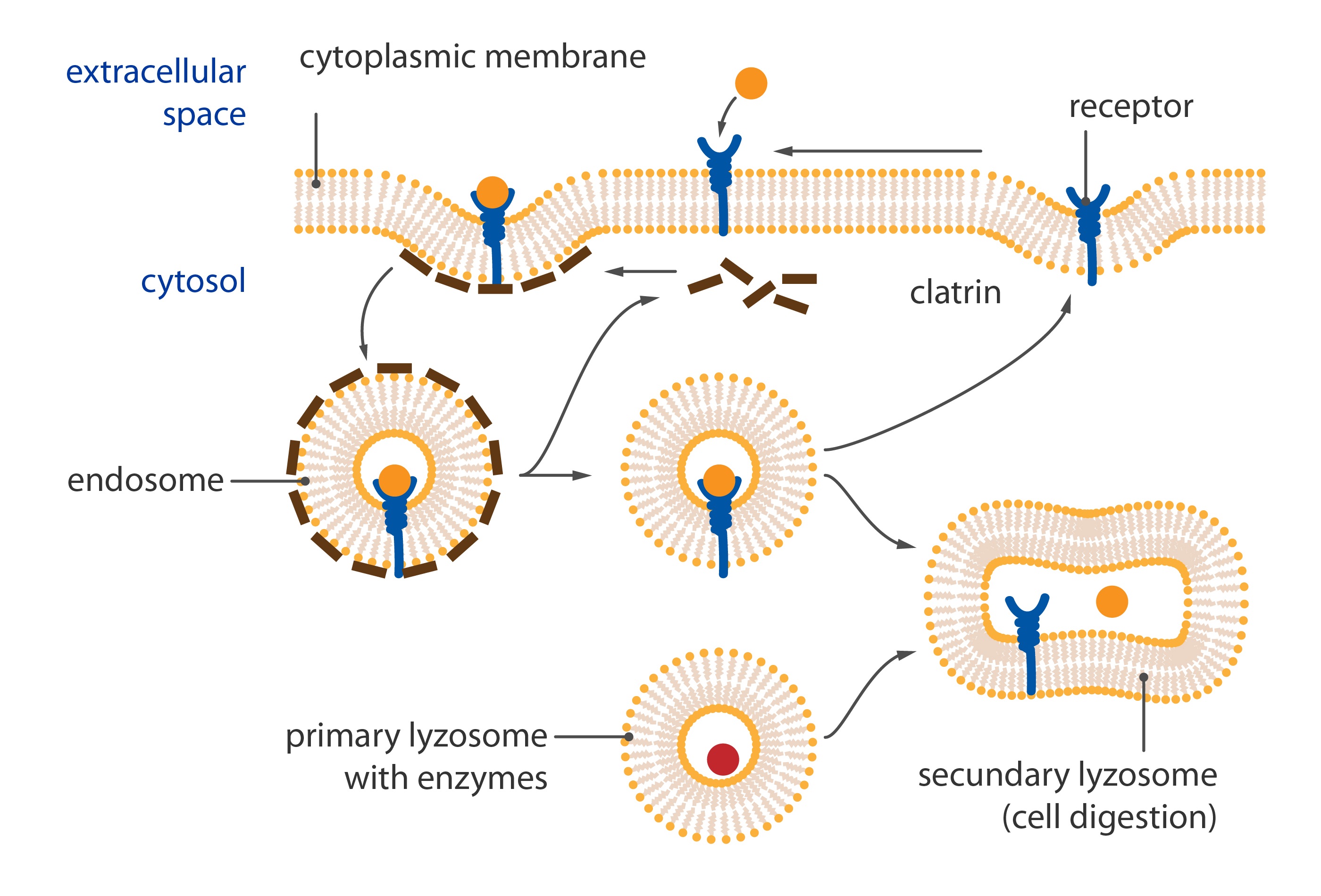 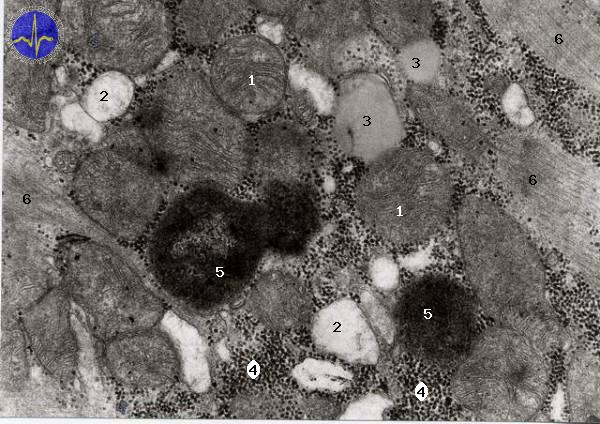 Peroxisomes are small organelles enclosed by membrane. They are produced by endoplasmic reticulum and are responsible for protection of cell against oxygen free radicals and production of bile acids. They are also involved in lipid metabolism.

The cellular cytoskeleton includes: microfilaments (actin filaments), intermediate filaments and microtubules. These protein structures are responsible for mechanical support of cell and they participate in cell division or transport of various substances.

Microfilaments are fibrillar structures about 7 nm in diameter composed of actin molecules. In most of the cases, these fibers form a meshwork just beneath the plasma membrane, but other structural organization can be also present. Microfilaments participate in endocytosis, exocytosis, contraction of microvilli, cellular movements and flow of cytoplasmic components. They also ensure the contractility of whole body – muscle cells.

Intermediate filaments are about 10 to 12 nm thick and they represent the second cytoskeleton type. They can be distinguished using immunohistochemistry because they exhibit different proteins. This group includes cytokeratins contained in epithelial cells, desmin contained in smooth muscle cells, vimentin with mesenchymal origin found in embryonal cells, neurofilaments contained in most of neurons, glial fibrillary acidic protein in astrocytes and lamins A, B, C.

Microtubules measure about 25 nm in diameter and are formed by alpha- and beta-tubulin molecules. Tubulin creates protofilaments arranged in the wall of microtubule in number of 13. Microtubules ensure cellular shape, the movement of chromosomes along the spindle apparatus, or vesicular movement (transport of substances) in cell. Function of microtubules is inhibited by colchicine and vinblastine – they are toxic and stop the cell division. 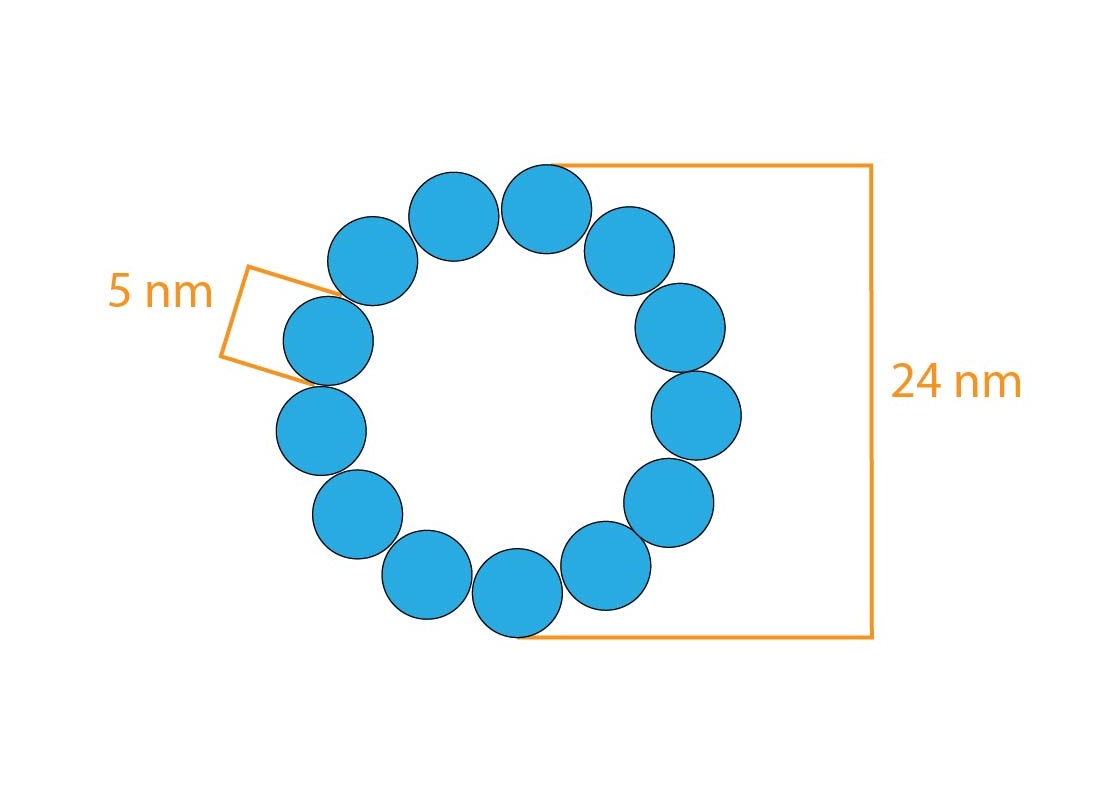 Another important cytoskeletal structure is centriole composed of typically arranged microtubules – 9 triplets of microtubules arranged parallely into the circle. In each cell are present two centrioles. During the cell division are located on poles of cell but in non-dividing cells, they are located near nucleus and Golgi apparatus. 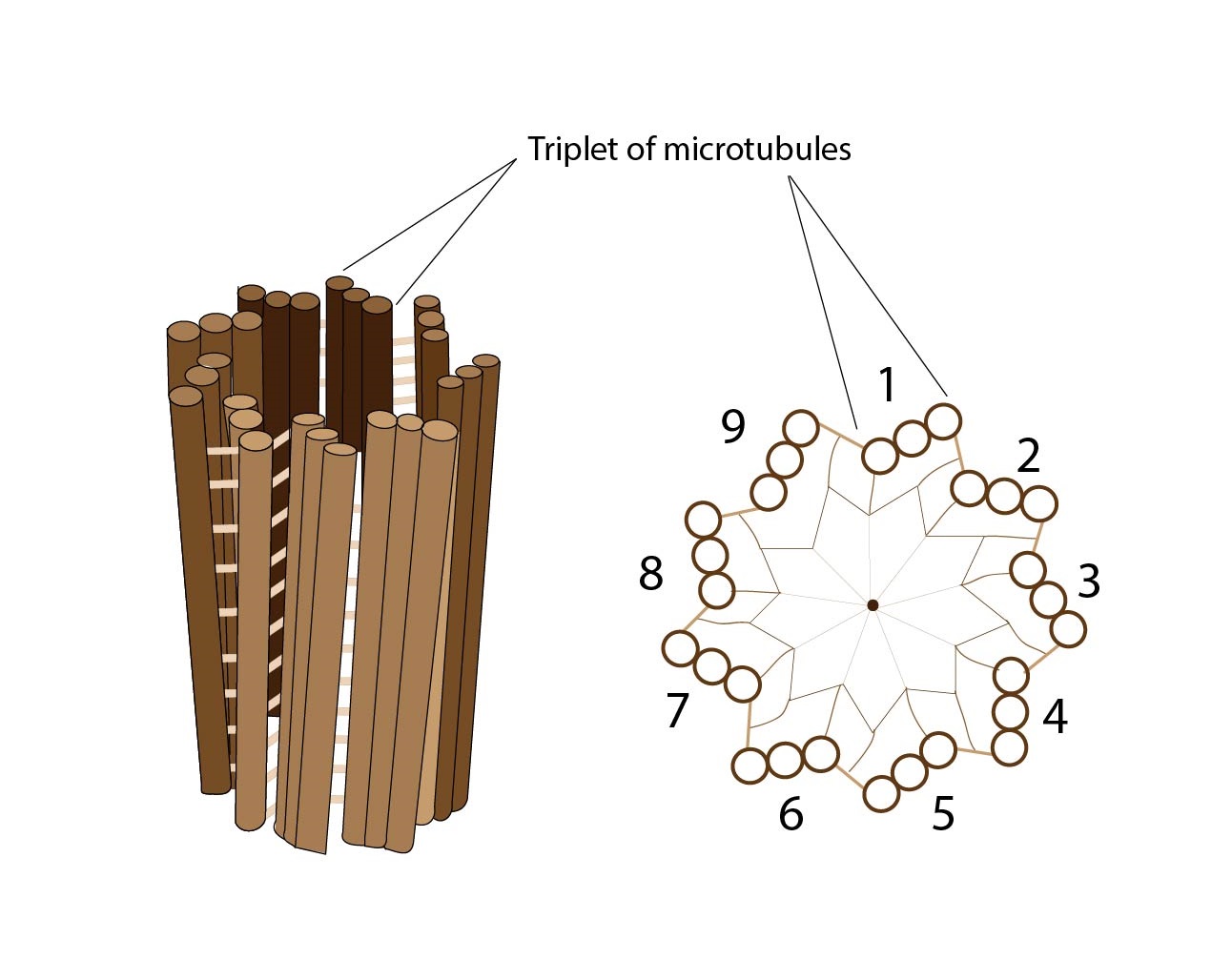 Kinocilium is special motile structures located on the surface of pseudostratified columnar epithelium (e.g. respiratory epithelium). They are formed by circularly arranged 9 duplets of microtubules with two central microtubules. the axis of movement is along the central microtubules – the movement is faster in one direction and slower in another. The same structure is found in flagellum (except the length – flagellum is approximately 10x longer).