1. Functional Morphology of the Kidneys

Medulla is composed of renal pyramids whose bases are attached to the cortical tissue and define the bordeline between cortex and medulla. The pyramidal vertices are heading to hilum and create renal papillae surrounded by smooth muscle cells allowing evacuation of urine to the renal pelvis.

Cortex is about 5 to 7 cm thick. Between the renal pyramids, cortical tissue penetrates to the renal sinus and created renal columns. The cortex sends strips penetrating the medulla, called striae medullares. 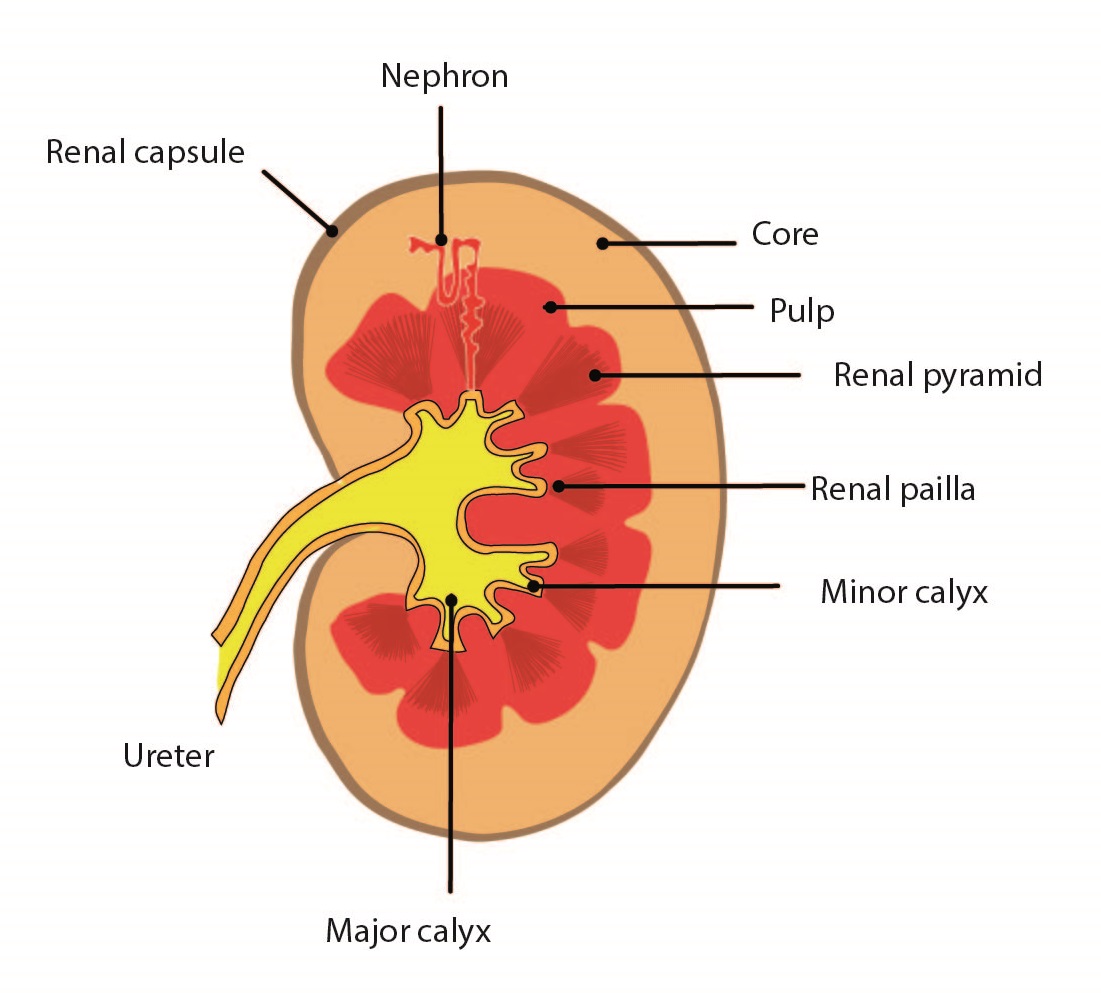 The nephron is principal structural and functional unite of kidney. Each kidney contains about 1 million nephrones. Each nephrone is composed of glomerulus, Bowman’s capsule, proximal tubule, loop of Henle, distal tubule and collecting tubules. 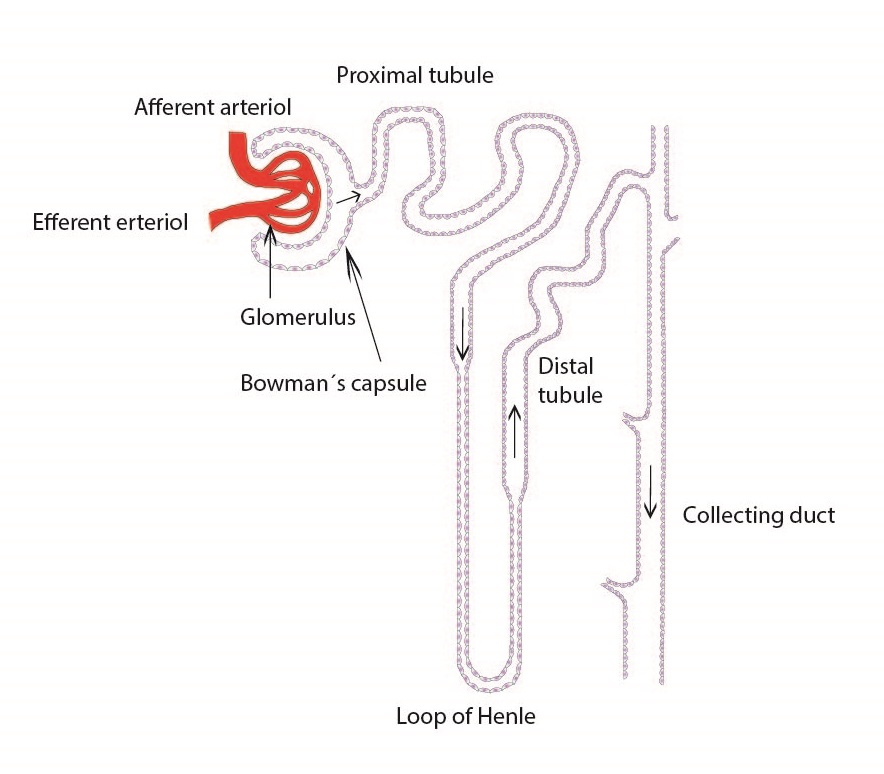 Glomerulus is composed of capillary tuft. It is surrounded by Bowman’s capsule consisting of two layers (visceral and parietal layer). The spaces between capillaries are filled with mesangium formed by intraglomerular mesangial cells and mesangial matrix. Intraglomerular mesangial cells are located near the endothelial lining of capillaries and they have angiotensine-1 receptors on their surfaces. 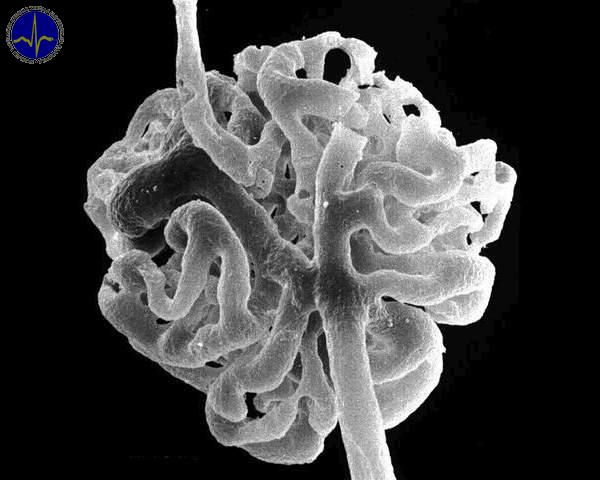 The scanning electron micrograph of glomerulus. It is formed by tuft of capillaries with afferent and efferent arterioles.

Bowman’s capsule consists of inner (visceral) layer surrounding the glomerulus and outer (parietal) layer bordering the renal corpuscle. Between these two layers is urinary space where the primary urine is produced. The parietal layer is formed by simple squamous epithelium. The visceral layer is formed by podocytes – epithelial cells with pedicles surrounding glomerular capillaries. Pedicles of adjacent podocytes interdigitate and spaces between these interdigitating processes are covered by thin slit diaphragm. These filtration slits are components of filtration barrier for for ultrafiltration of blood plasma and thus for primary urine production.

The primary urine is filtered across this barriers into the urinary space. This filtration barrier is composed of capillary endothelium, podocytes and their fused basement membranes. In an adult human, approximately 125 ml of primary urine is produced per minute. The volume of definitive urine is about 1,5 l per day. 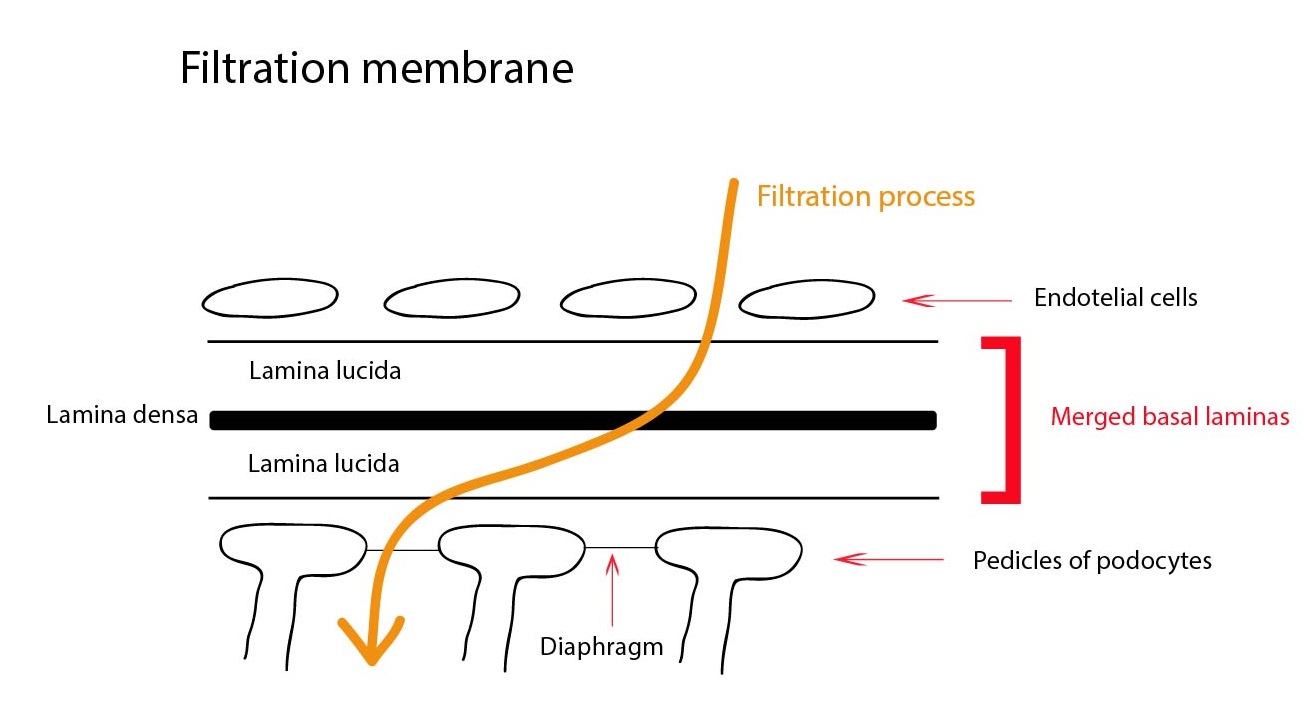 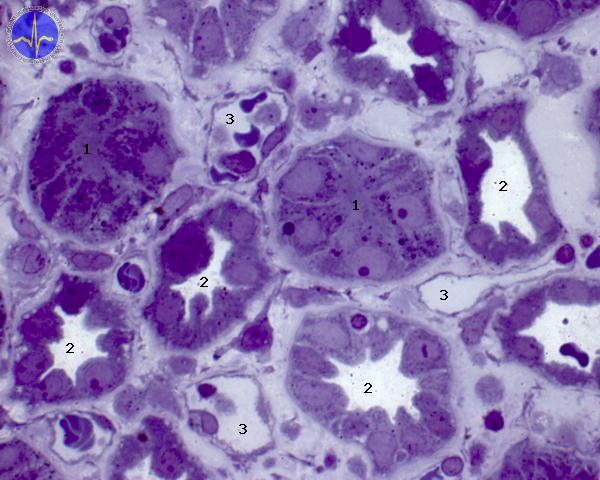 This U-shaped loop consists of two limbs – the descending (thin, penetrates the medulla and is lined by simple squamous epithelium) and ascending (thick, heading back toward  cortex, lined by simple cuboidal epithelium) limb. Structurally, it resembles the distal tubule. The descending limb is highly permeable to water and the ascending limb actively transports ions.

The distal tubule lined by simple cuboidal cells is located in the cortex. The cells of lining epithelium are responsible for active transport of ions and they exhibit prominent basal striations. The absorption and secretion in the distal tubule is under hormonal control (e.g. aldosterone). Macula densa is an area where the wall of distal tubule closely attaches to the vascular pole of renal corpuscle.

The collecting tubule is lined by simple cuboidal epithelium with transition to simple columnar (as tubule increases in size). Two different types of cells are present: the darker intercalated cells with numerous mitochondria and the pale-staining principal cells which are affected by antidiuretic hormone (ADH). 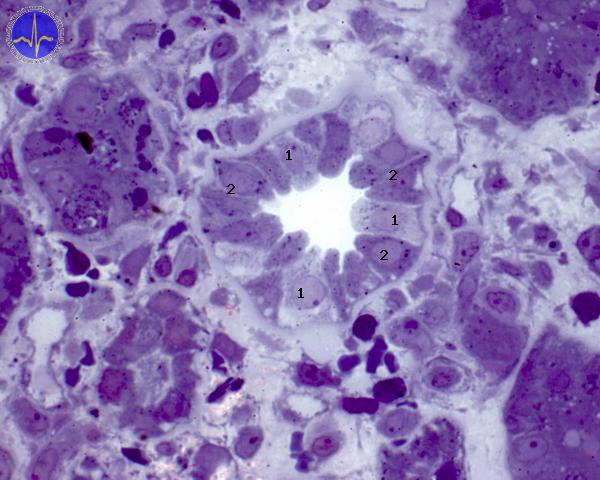 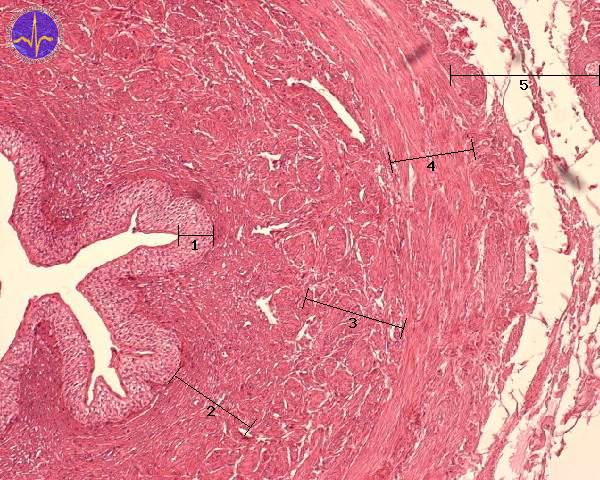 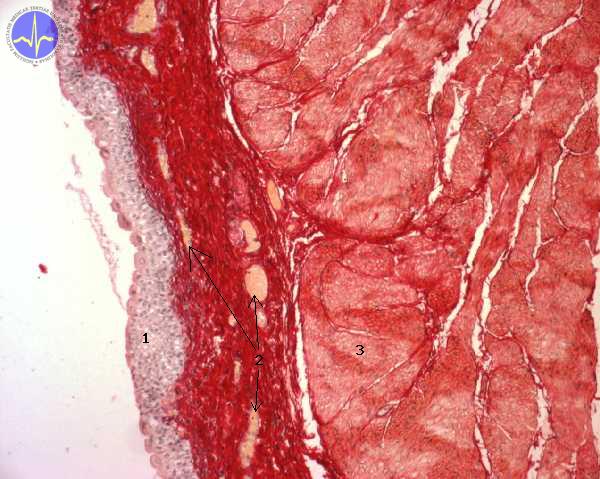